1. Open the menu to get started. 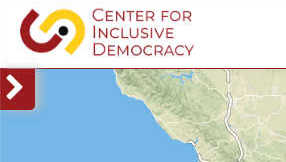 2. Select a suggested area option. Note that some counties do not include suggested areas, and that vote center names may be slightly different than in this example. 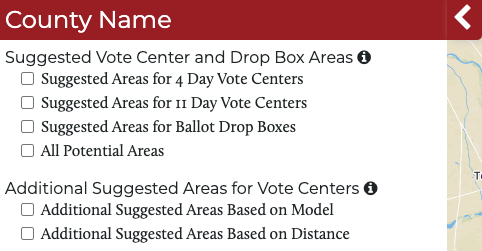 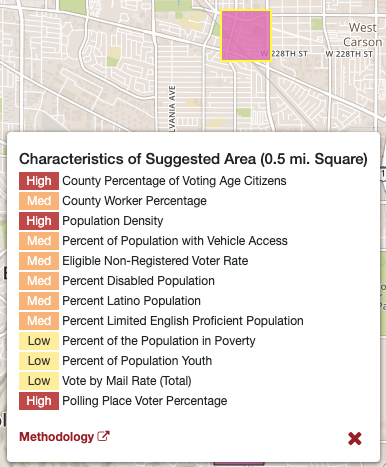 5. Type an address or city name to locate on map. 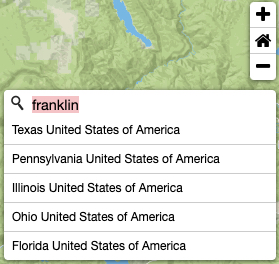 Points of Interest (POI) are sourced from OpenStreetMap. The POIs are intended to help identify potential voting sites, or highlight that an area has some concentration of activity.